Democrat Senator Make the Most ABSURD COVID-19 Yet

In what many assume is a hilarious twitter typo, the Connecticut Senator and Senate Foreign Relations Committee member accused President Trump in a tweet of trying to take away people’s health insurance while a brutal pandemic kills 70 million Americans. In reality, nearly 80k deaths have been linked to the virus across the US, with an overwhelming majority involving elderly patients and patients with co-morbidities.

We imagine Murphy’s staff will delete the tweet and issue a correction in the near future, if they haven’t already.

The typo elicited a stream of hilarious replies. 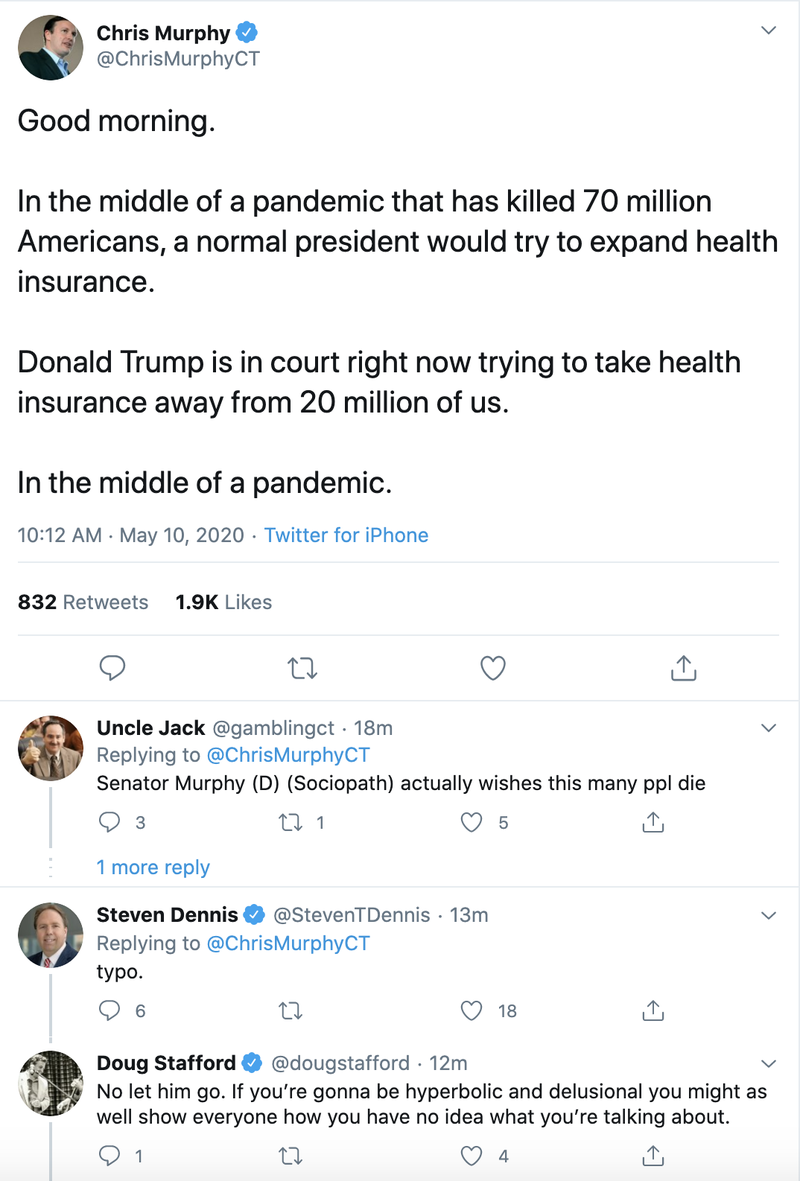 Murphy isn’t the first Democrat to exaggerate the pandemic’s death toll as the party embraces a position calling for lockdowns to be extended until more progress has been made on a vaccine or cure, even as initial data suggests that reopenings – at least in the West -are progressing mostly without incident, though there have been a few alarming reports.

Biden, and several of Murphy’s Democratic colleagues in the Senate, have also been guilty of ‘adding an extra zero’ to the death toll on occasion.