They're thinking about doing it again! House Democrats say Trump-Russia obstruction investigation is 'ongoing.' Seek material that could result in 'new articles of impeachment.' From CNN: https://t.co/4d1pXXYgnJ pic.twitter.com/GFivD18oto

“The Committee’s impeachment investigation related to obstruction of justice pertaining to the Russia investigation is ongoing,” House general counsel Douglas Letter wrote in a filing to the Supreme Court on Monday.

“If this material reveals new evidence supporting the conclusion that President Trump committed impeachable offenses, the Committee will proceed accordingly — including, if necessary, by considering whether to recommend new articles of impeachment.” 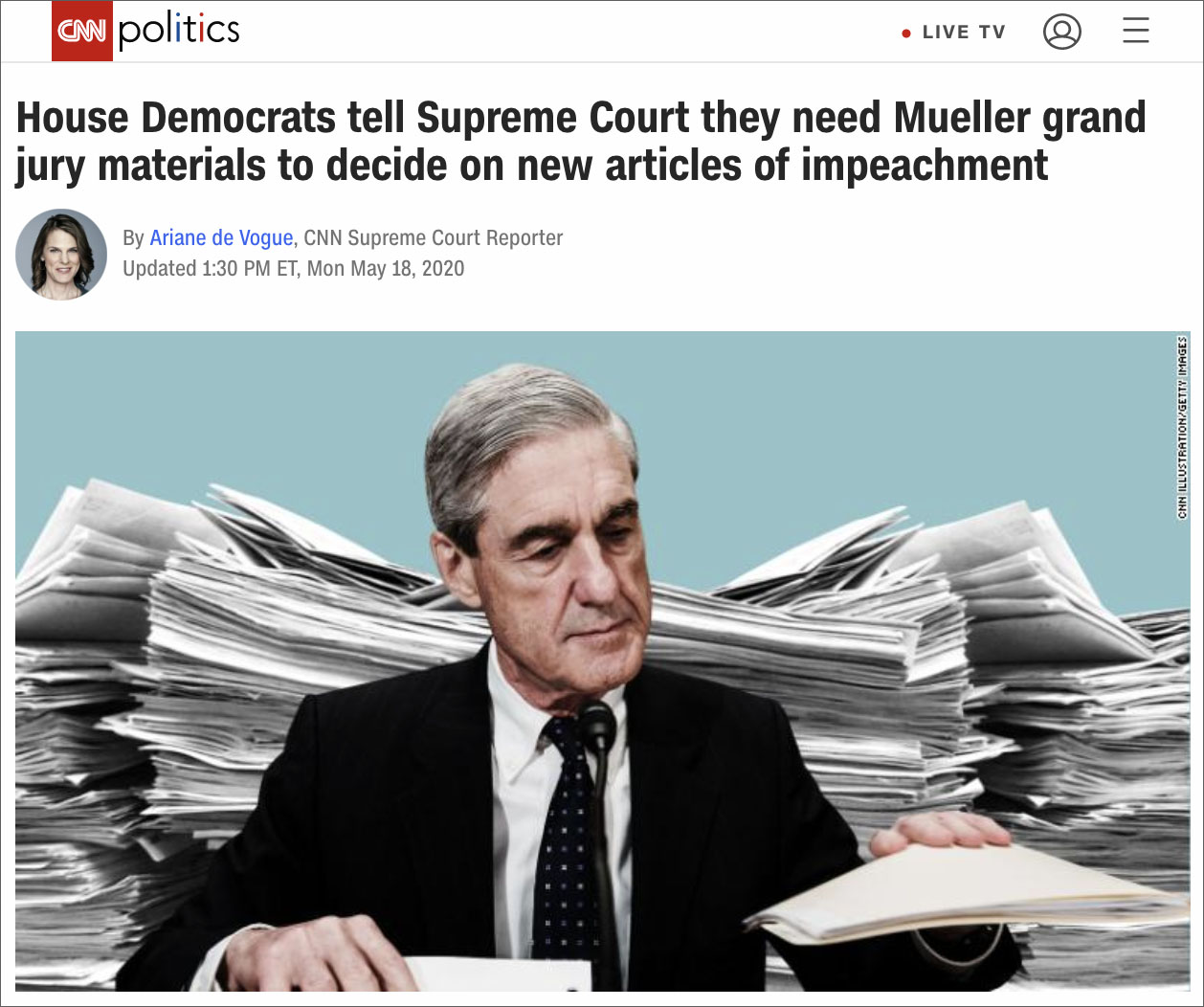 Notably, the filing mentions “impeach” 81 times, but “Russia” only 9 times.

This move by the Democrats is also puzzling given Mueller and his team of prosecutors found no evidence whatsoever supporting the charge that Trump or his campaign worked with Russia to meddle in the 2016 presidential election.

As was revealed in newly-released congressional transcripts, every single Obama official interviewed admitted to investigators they saw no actual evidence suggesting the Russian government “colluded” with the Trump campaign.

Trump was acquitted by the Senate in February after House Democrats forced through two articles of impeachment related to Ukraine.